Tripod comprises a minimalist clock face suspended between three delicate insect-like legs. It follows the mighty T-Rex in what will become a trilogy of half animal/half robot creations. Robocreatures could well be future time capsules, fossilised “life” from a prehistoric era. With TriPod, Berlin-based designer Maertens, L’Épée CEO Arnaud Nicolas, and MB&F CEO Maximilian Büsser lead us into a horological post-modern prehistoric era.

TriPod represents how time originates for Jurassic Park. “This insect is the transition between dinosaur and what comes next because they’re all still here”, says Maertens.

While the primary inspiration for TriPod is the mosquito caught in amber that provides the DNA to genetically craft new dinosaurs, for the clock’s look Maertens decided to emulate a water strider (Gerridae), an insect able to walk on the surface of water using surface tension and its long, slender, hydrophobic legs to distribute its weight over a large surface area.

“It feels much like a levitating insect walking over the water,” Maertens explains, “and this inspired me to create something that looks very delicate. This is a direction I like to go, even if it caused some strife with the engineers over issues like stability”. TriPod’s three long legs make it seem too fragile to be true, but the balance is so perfectly calculated that the entire creation comes across as elegantly as the insect it’s modelled after. 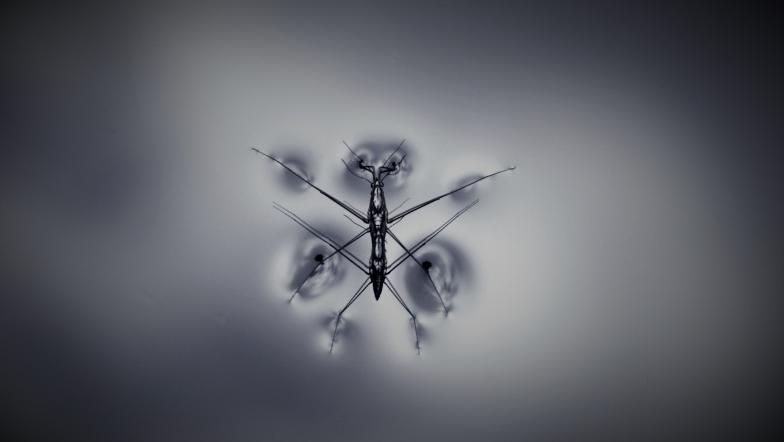 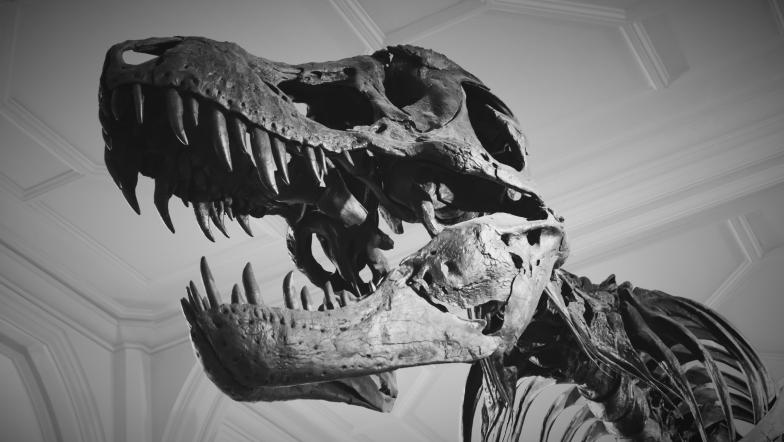 As a sculptural clock, an essential element of TriPod is indicating the time, which is done by looking down on the dial composed of two concentric, rotating disks. The outer disk displays the hour while the inner disk displays the minutes in increments of 15. Reading the time requires interaction between Man and Machine: the observer reads the time thanks to three optical spheres, each magnifying the clock’s numerals and making them legible.

To allow all three of the “insect eyes” to show the time from any angle, the dial features three sets of numerals 1-12, meaning that the dial completes a full rotation in 36 hours instead of the customary 12 hours. The time is visible through one of the magnifying lenses at any time as well as the dial from above (albeit much smaller).

L’Epée’s engineers calculated the best distance between the dial and the spheres, as well as a size for the spheres that was large enough to allow the time to be seen, but not so large that they would alter the design. In other words, the proportions, the right magnification, and the right distances were tantamount to the success of TriPod. And to get that, the shape of the spheres had to be made very precisely – within 10 microns – as even the tiniest bit of misalignment would change the magnification, making it blurry. 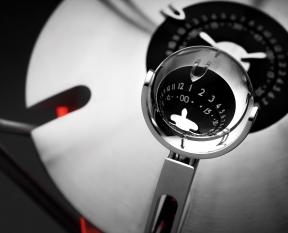 Reading time through the glass sphere 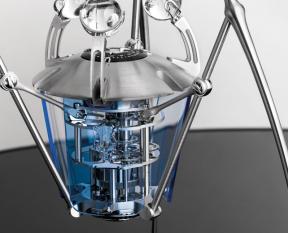 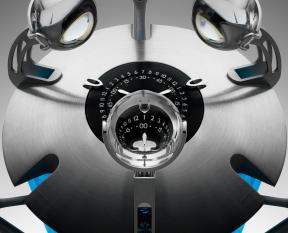 View on the two concentric dials and three glass spheres 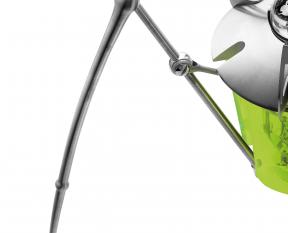 TriPod is produced in three limited editions of 50 pieces per color
in neon blue, neon green, and neon red

A unique way to check the time through 3 optical mineral glass spheres
TriPod looks the same from every direction, apart from the creature’s visible heart: the movement’s balance
Double-ended key to set time and wind the movement 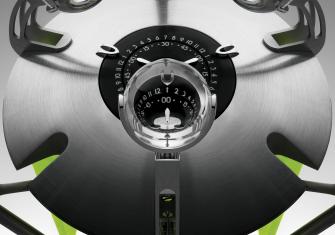 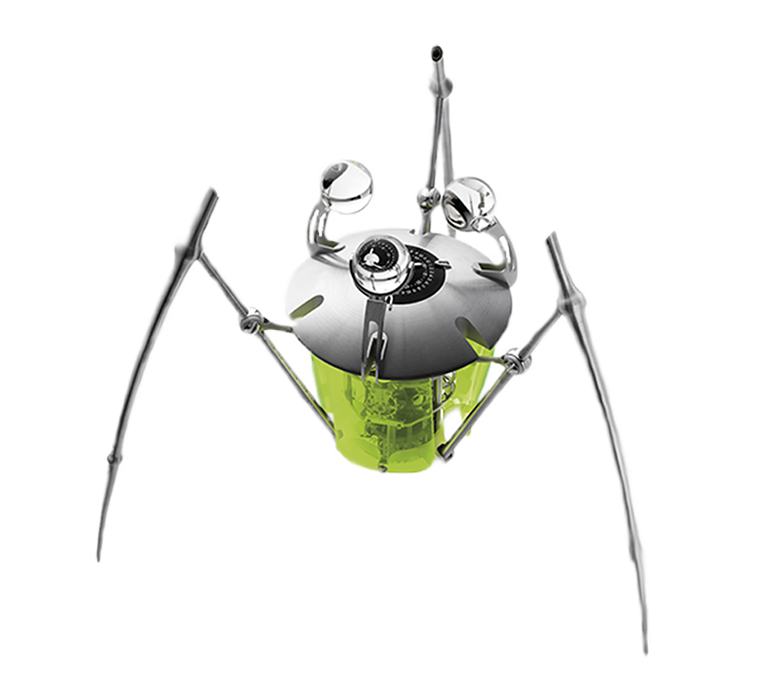 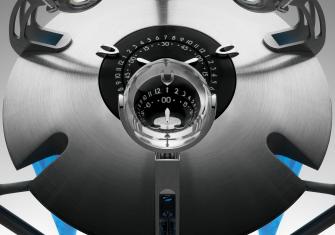 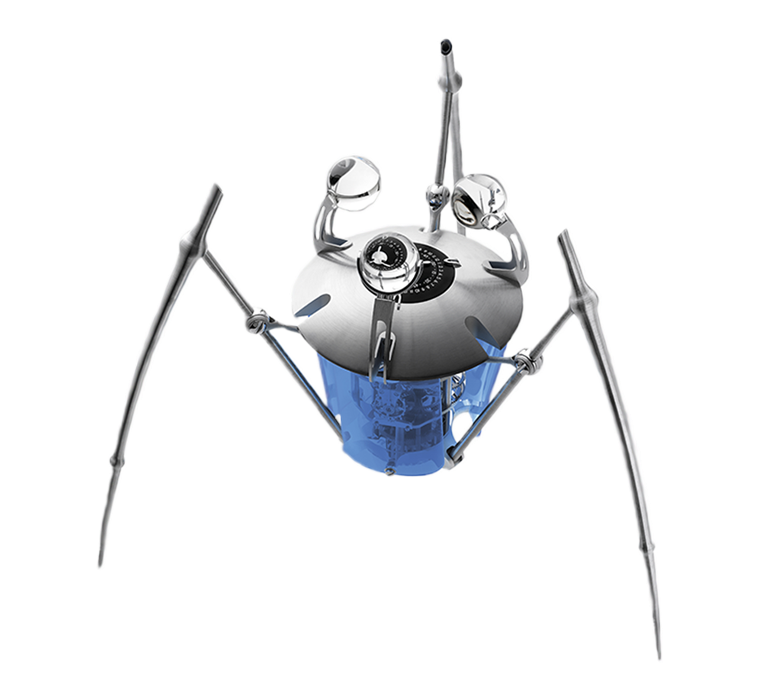 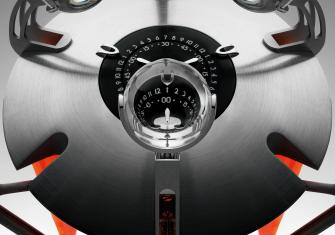 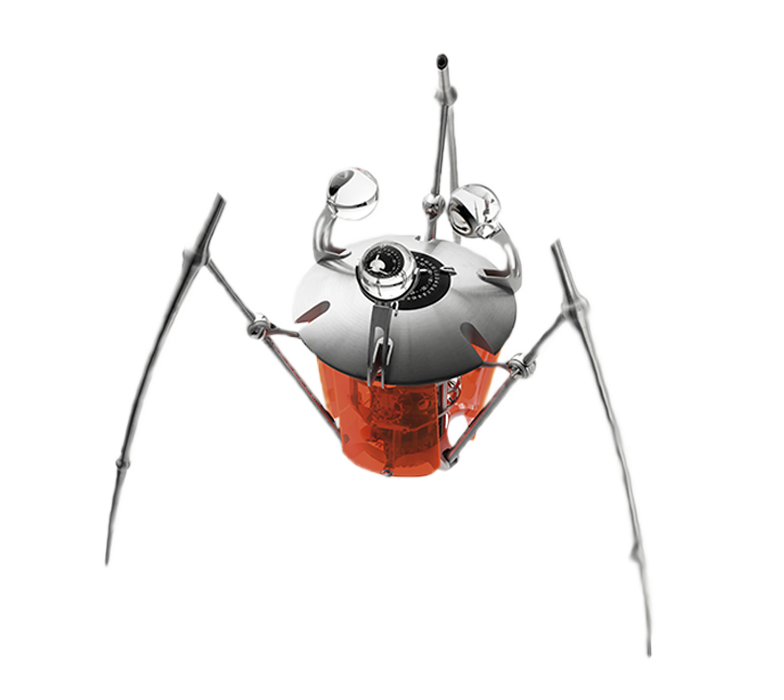 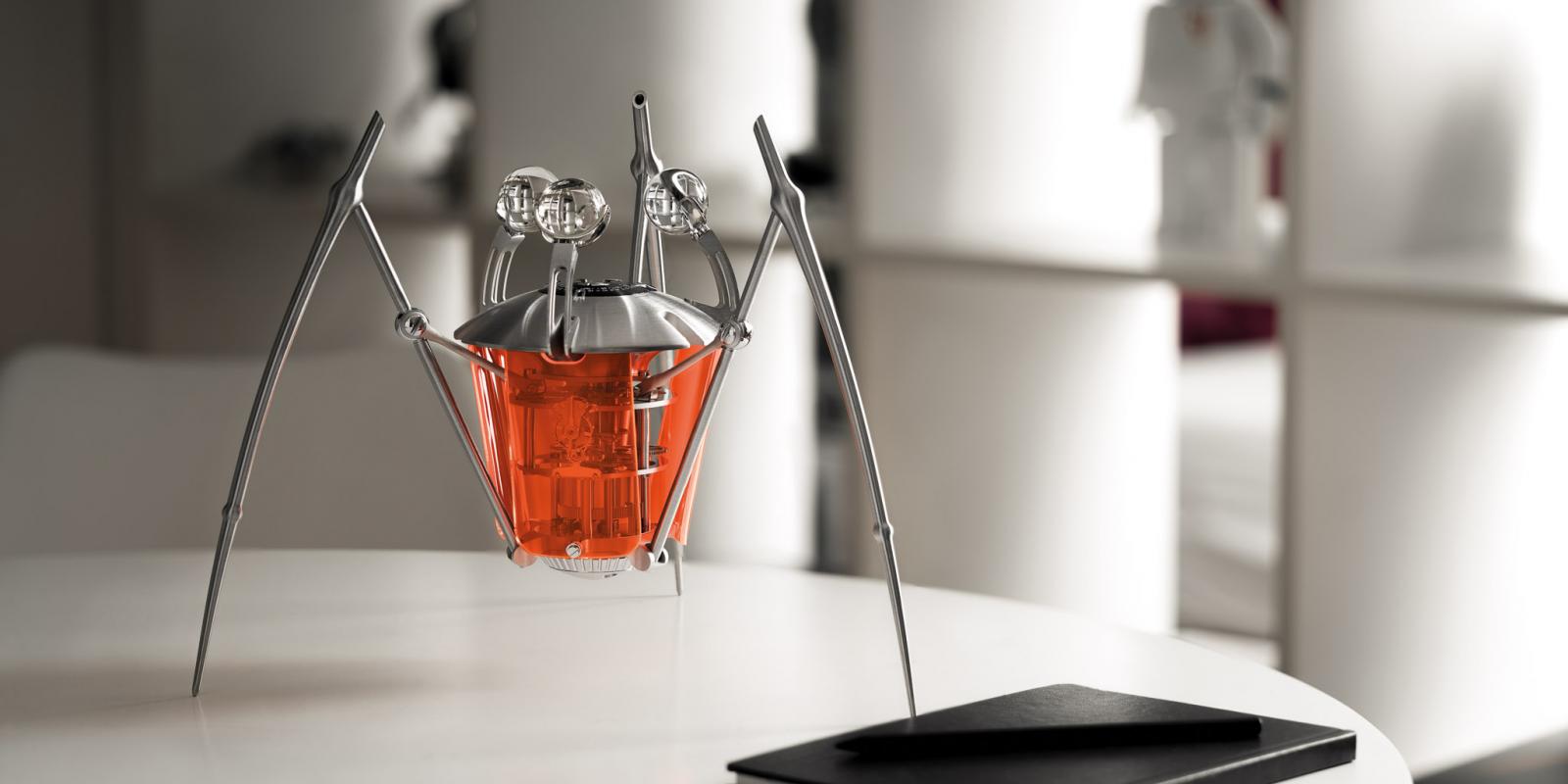 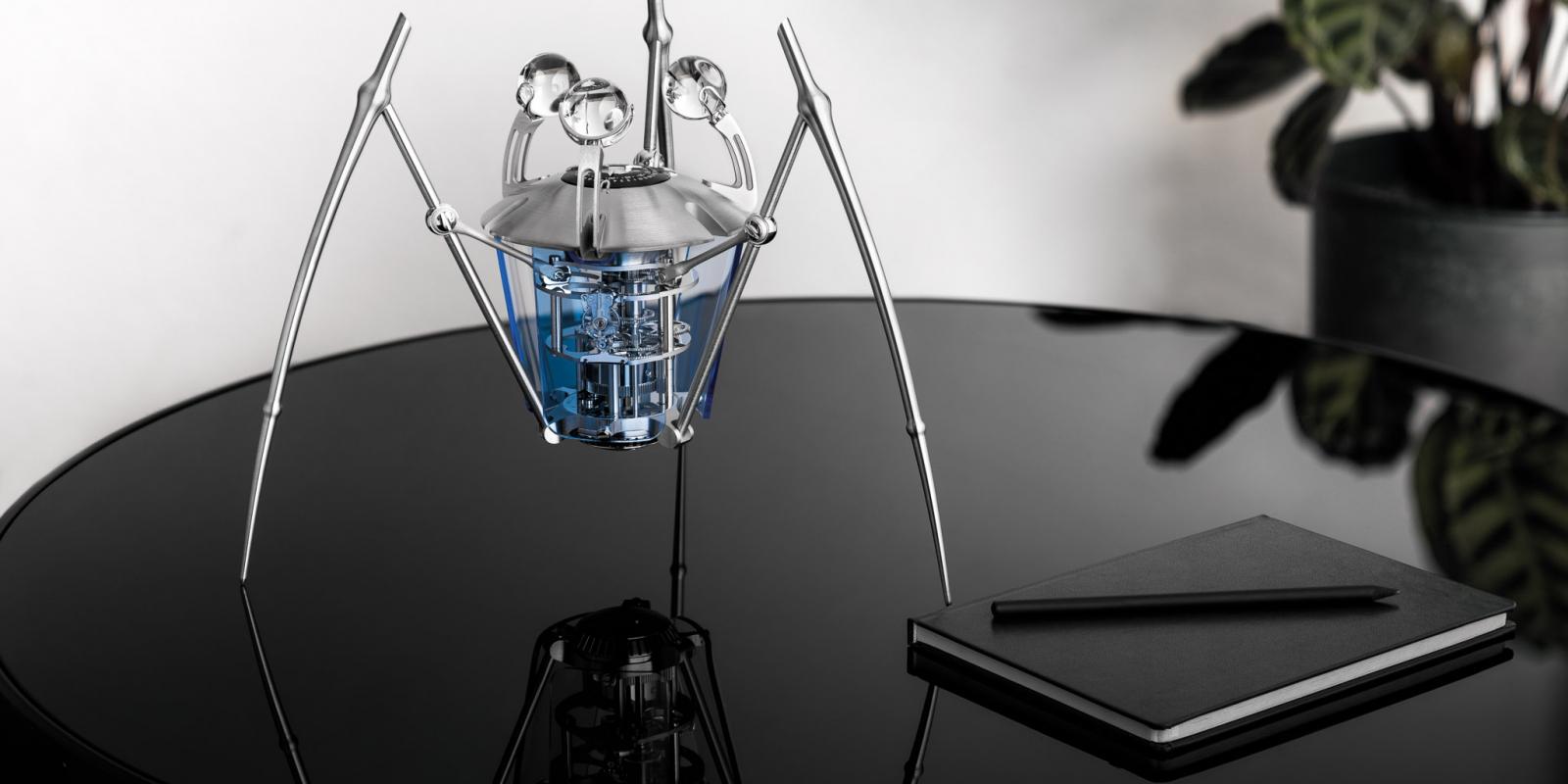 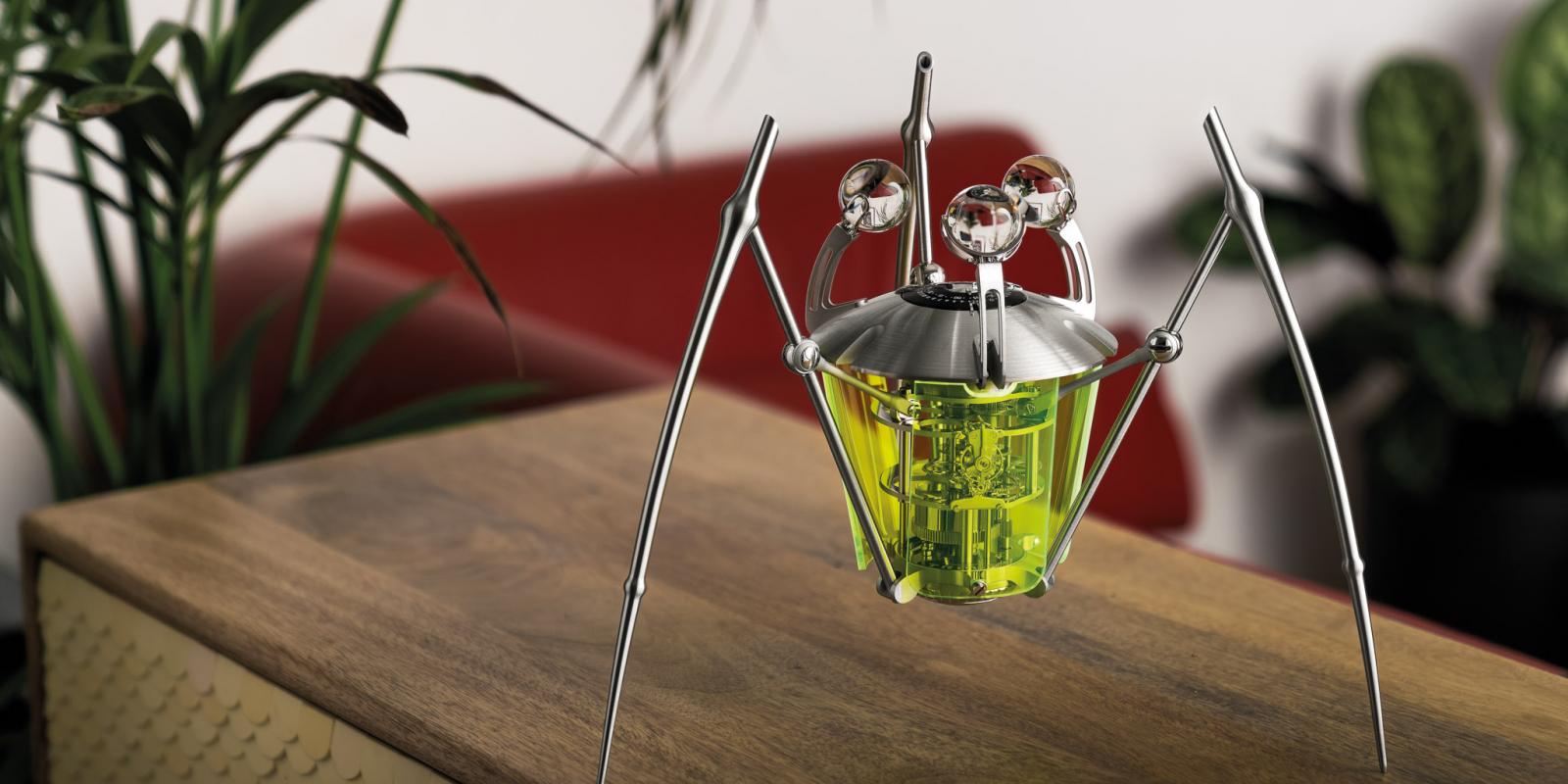